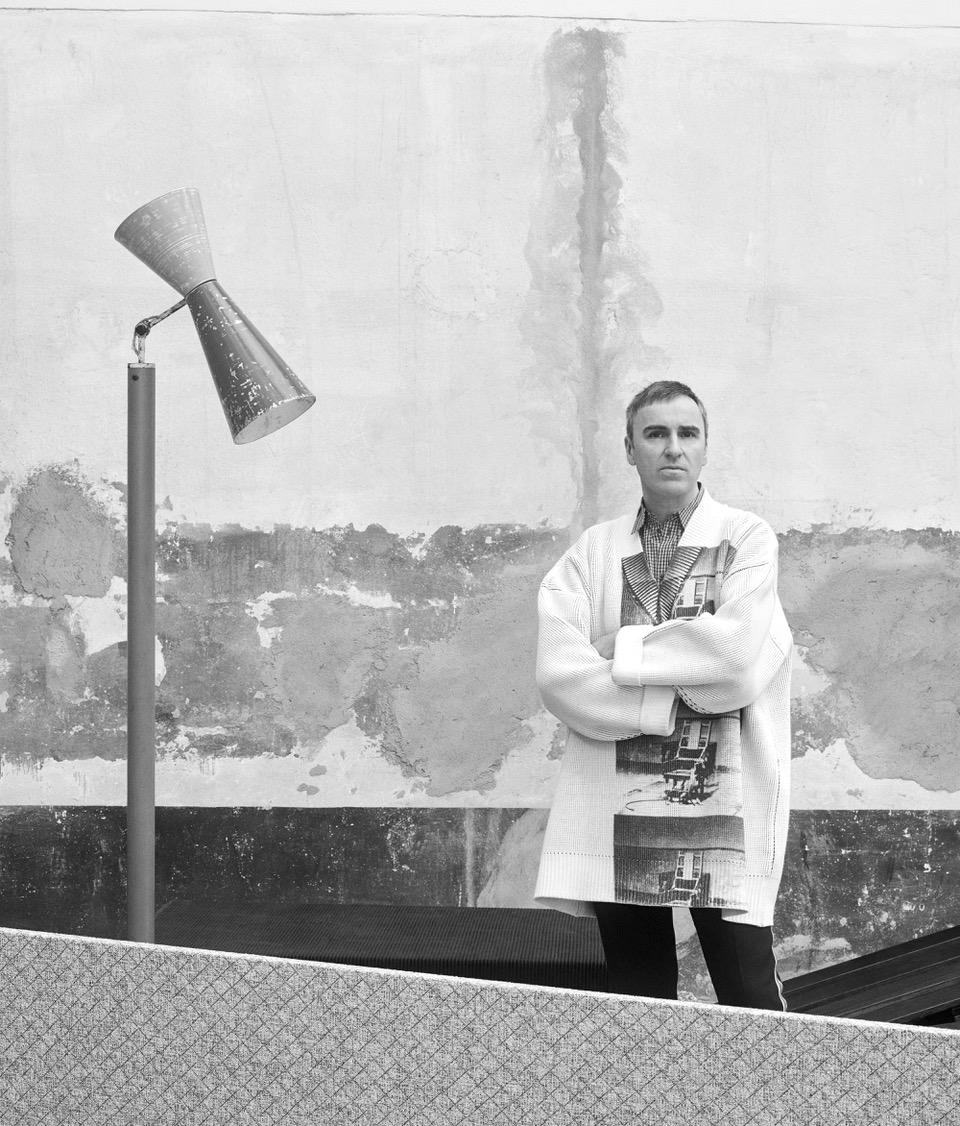 Raf Simons in conversation with Alexander Fury: The state of fashion today from a designer point of view

Fuelled by his love for both rebellious youth cultures and traditional menswear, Raf emerges in fashion halfway through the nineties, presenting a radically different image of masculinity. Fusing the energy and singularity of teenage subcultures with the sharpness and precision of classical sartorial craft, the look presented by Raf Simons is both inspired by and designed for confident outsiders.

From the first collection on, music, art, performance, images and words have a substantial role in the whole package, summing up, or rather clarifying the kind of world Raf Simons wants to project. Always at the core of his universe (and as essential as the clothes themselves) are attitudes, moods and statements about individuality and independence.

Raf Simons has been running his namesake label since 1995. He has also made his mark on fashion with his work for Jil Sander, Dior and Calvin Klein in the past years among other projects.