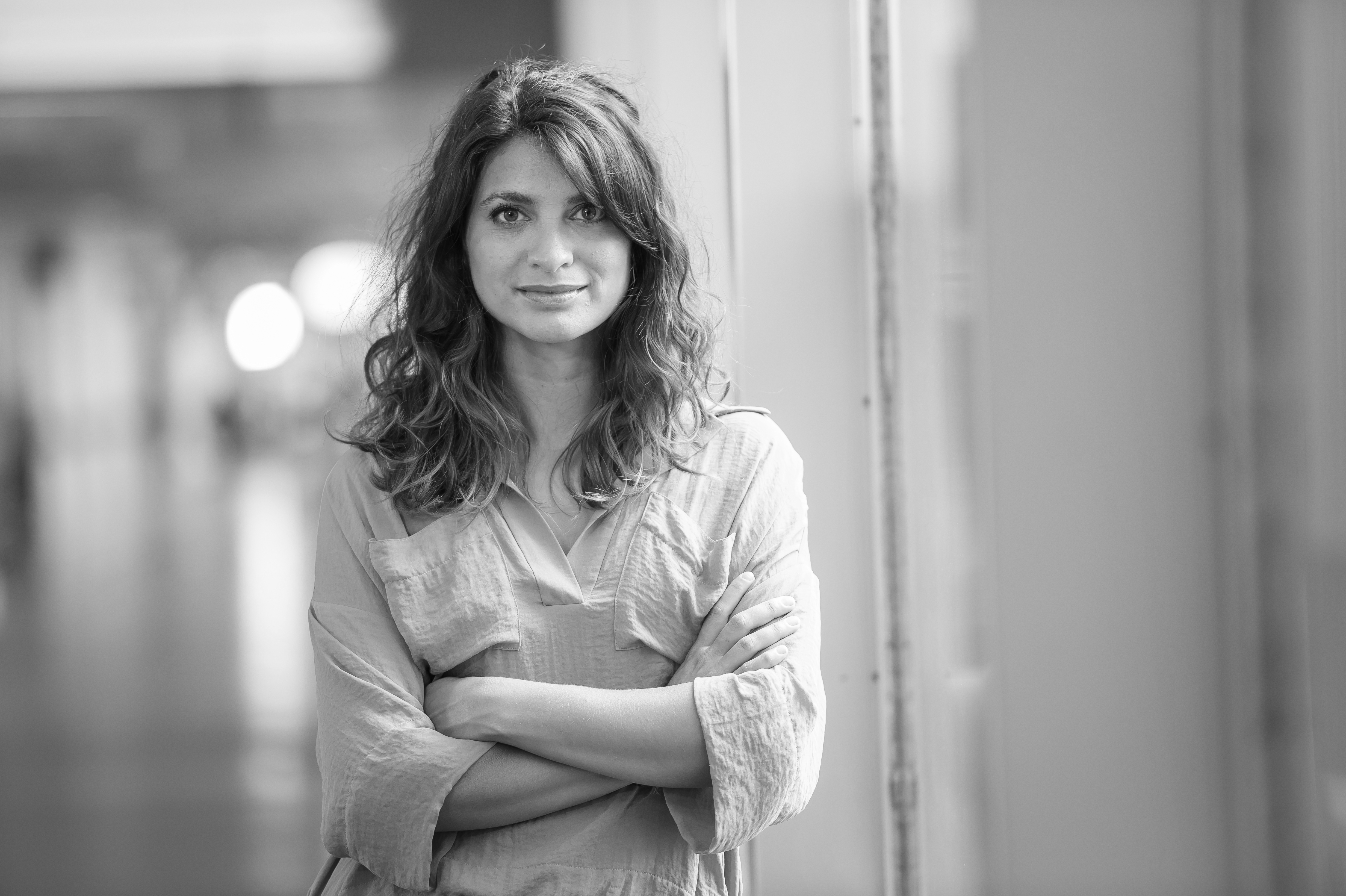 Layla is a talented journalist and tv-maker for Radio 1 and canvas with a love for personal stories. She will be your Fashion Talks host, introducing you to the speakers on stage and filling you in on practicalities throughout the day.

Originally she started working in the world of fiction as a dramaturg. But her interest in stories and the people behind them, eventually led her to the "real" world. She started working as a reporter at Radio 1 and developed audio documentaries, worked on various programs and made podcasts. Later on she made and presented 'Dubbelbloed', a radio program in which she could follow her other passion - traveling - through the roots of her guests and the records that came along.

In 2018 Layla switched to the world of television and worked on a documentary series for canvas called 'Back to Rwanda'. Today, however, she has returned to Radio 1 where she's currently working on a new season of 'Dubbelbloed' and makes a program about podcasts: Podgrond.